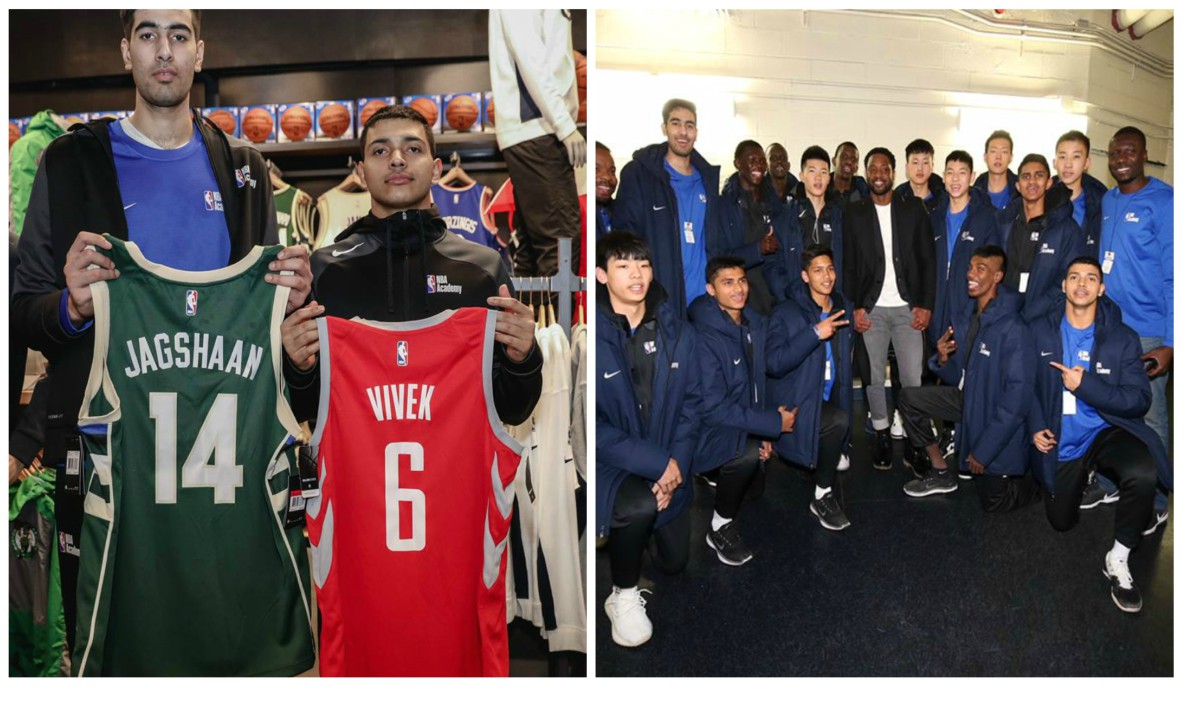 Vivek Chauhan and Jagshaanbir Singh,are the two selected playes from India in this year’s Academy . The duo have in in New York for the Academy’s week long program for prospectus outside US to train with professionals , play with American high school teams and get to know the NBA life.