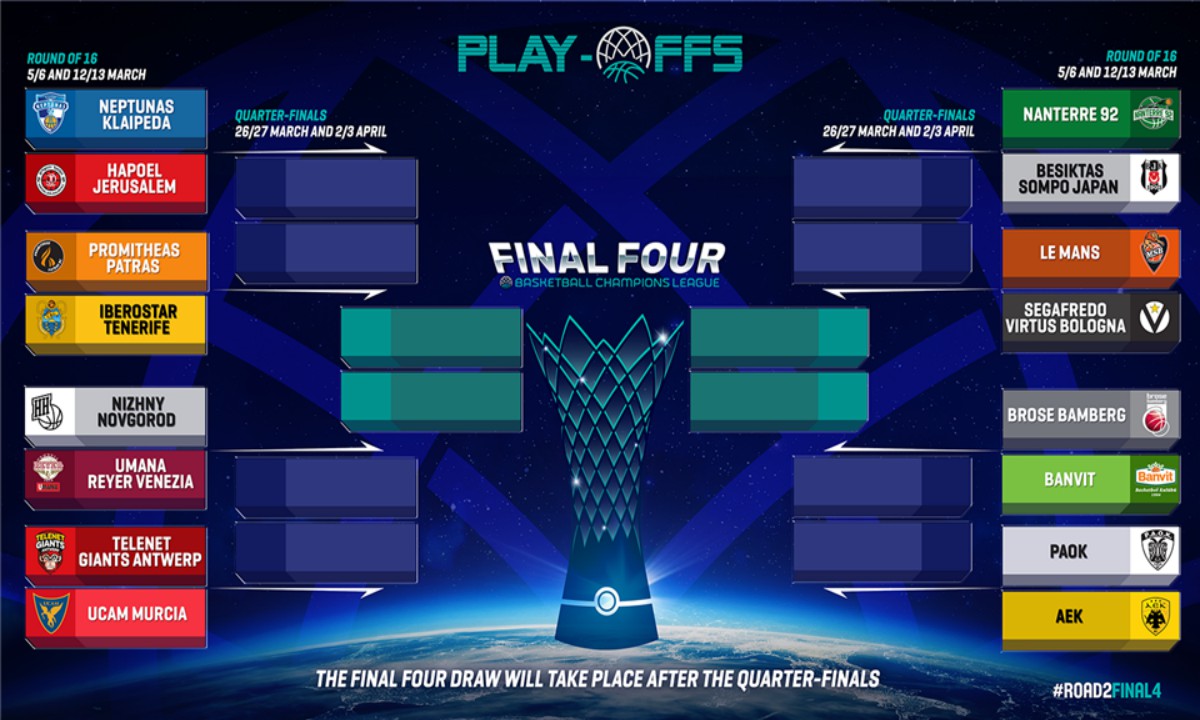 MIES (Switzerland) - The Basketball Champions League Play-Offs pairings were confirmed during a draw on Friday at the House of Basketball in Mies, Switzerland.

Amongst those in attendance were FIBA officials, members of the Basketball Champions League Board, ULEB President Tomas Van Den Spiegel, and representatives of the qualified teams. They were joined by a number of recognisable basketball alumni, including Italy’s Antonello Riva and Miki Berkovich from Israel. Both were on stage to assist with the Draw.

Draw for the Round of 16

The Round of 16 pairings are as follows (the team listed second plays the return leg at home):

Draw for the Quarter-Finals

The Quarter-Final pairings are as follows (the pairing listed second plays the return leg at home):