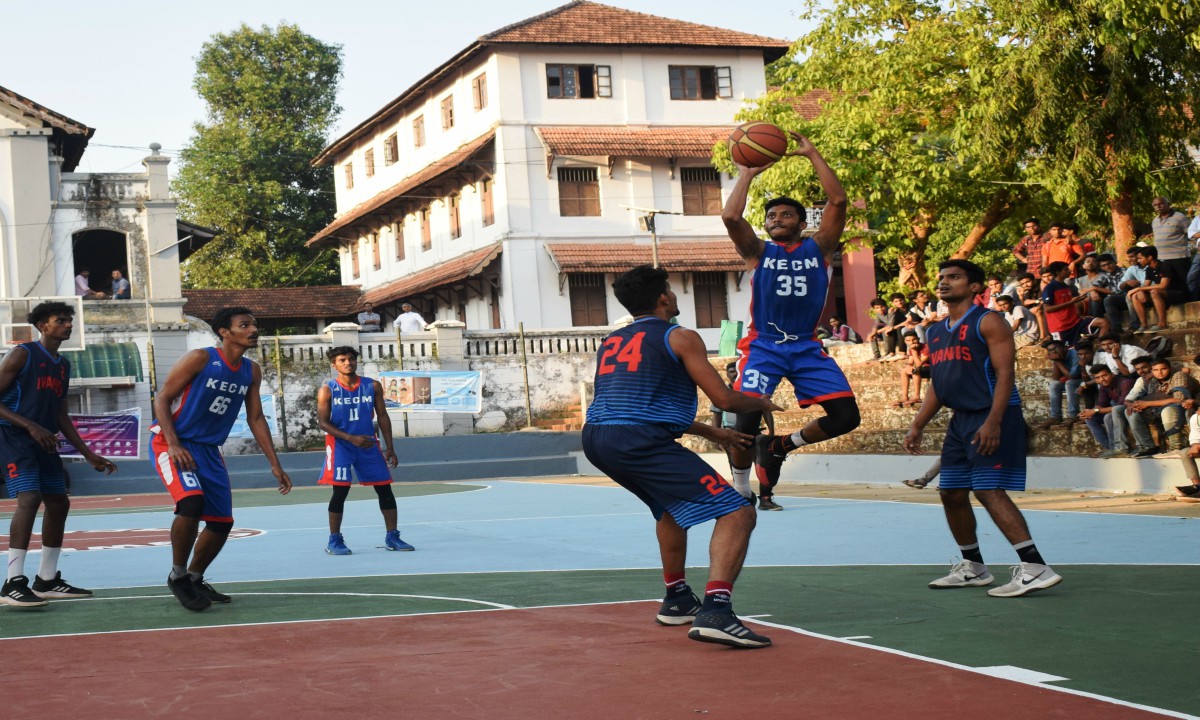 The  semi final matches were not one sided affairs like the score lines suggests as both Marian and KE  College gave brilliant fight against SB College and Mar Ivanios.

In the first semi, Marian College gave a scare to the hosts SB College as the scores were even at 27-27 in the first quarter. However, the home team took control of the last two quarters and won the match comfortably in the end.  The second semi final also saw a similar tale as KE College gave their best efforts to give experienced Ivanious side anxious moments in the match. But, the Trivandrum team anchored by their talisman Sejin Mathew and Sarath edged over KE College in the end.