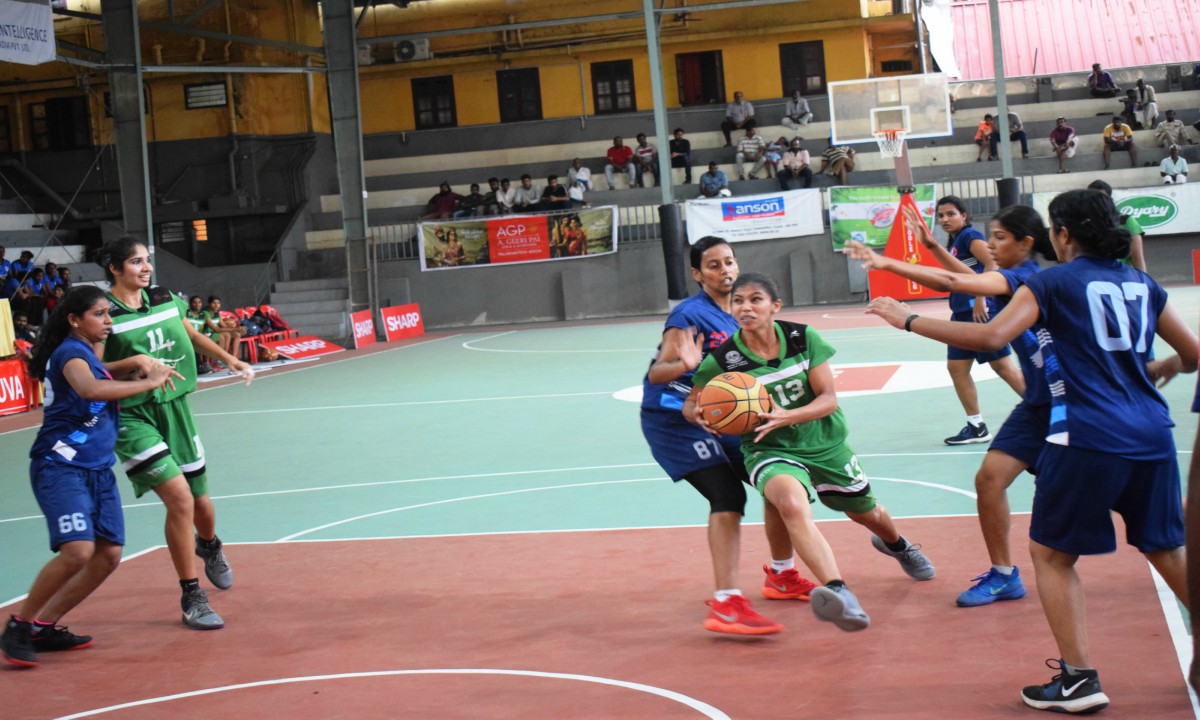 In the second semi finals star studded KSEB, Trivandrum after an evenly fought first half came back strongly in the second half beating Assumption college 43-27 with Aneesha Cleetus top scoring for the winning team with 11 points.

The most exciting match of the championship was definitely the last match of the day  the second  Semi final between Sree Kerala Varma College Thrissur and KSEB .

KSEB  came on to the court determined to avenge their defeat against Kerala Varma four days back and started off the first quarter leading 16-9, but the college team held their nerves and came back reducing the lead, ending up the first half trailing only by 2 points (24-26) and ended up the third quarter trailing 33-36 . The mid way through the final quarter saw KSEB increasing its lead to a 10 points but KSEB couldn’t cope with the energy and pace of the young college players  as the state government team were forced to make fouls resulting in the loss of  three of their key players: Jishnu ,Ashin and Sharath.

The dying minutes of the match saw Shiras and Grigo accelerating the tempo and ensured Kerala Varma prevailed over a professional KSEB team. Grigo was the leading scorer with 16 points for the college team from Thrissur while Shanzil (12) and Shiras (10) also made vital contributions for the winning team. For KSEB, Sharath and Akhil scored 15 points each.

The finals will be played on Sunday, February 24th.