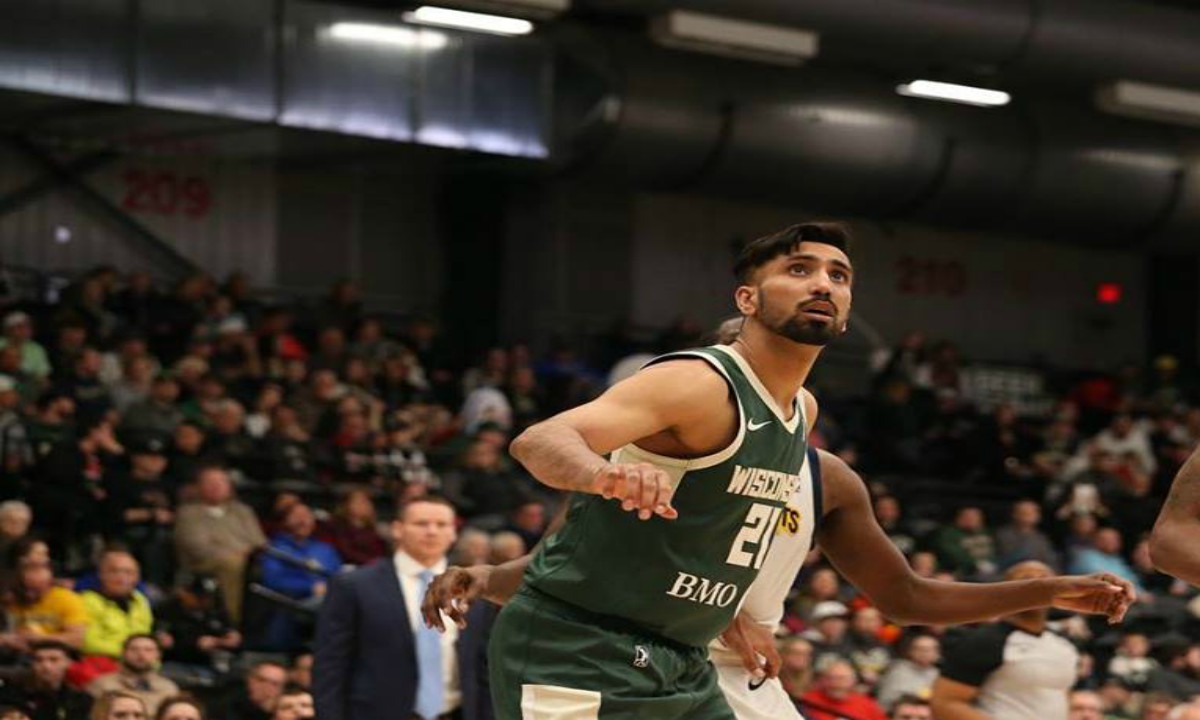 During his time with the OKC Blue, Singh impressed in his limited minutes on the floor, and proved his worth as a stretch four. Appearing in 36 games across the 2017-19 seasons for the OKC Blue, the 27-year-old 6ft 8’’ forward averaged 2.5 points in eight minutes per game.

While Amjyot got waived from the OKC Blue earlier this season, it appeared that he had done enough to elicit interest from another G-League side, the Wisconsin Herd, the minor league affiliate of NBA team Milwaukee Bucks.

In his four games so far with the Herd this season, Singh has been on the floor for a career best 18 minutes per game, and seems to have expanded his play to become more than just a three point shooter.

Details of his playing contract with the Wisconsin Herd are not yet public, but as per a press release on the Herd website, Singh was initially signed on as a temporary replacement for Xavier Munford who was called up for national duty for the USA Men’s Basketball World Cup Qualifying Team. That said, even after the return of Munford, the franchise seems to have decided to persist with Singh, and has instead placed another player Andre Spight on waivers.

These are still early days for Amjyot Singh in his ongoing quest to become the first Indian national to play in the NBA. But at the rate at which he is improving, the future appears promising.