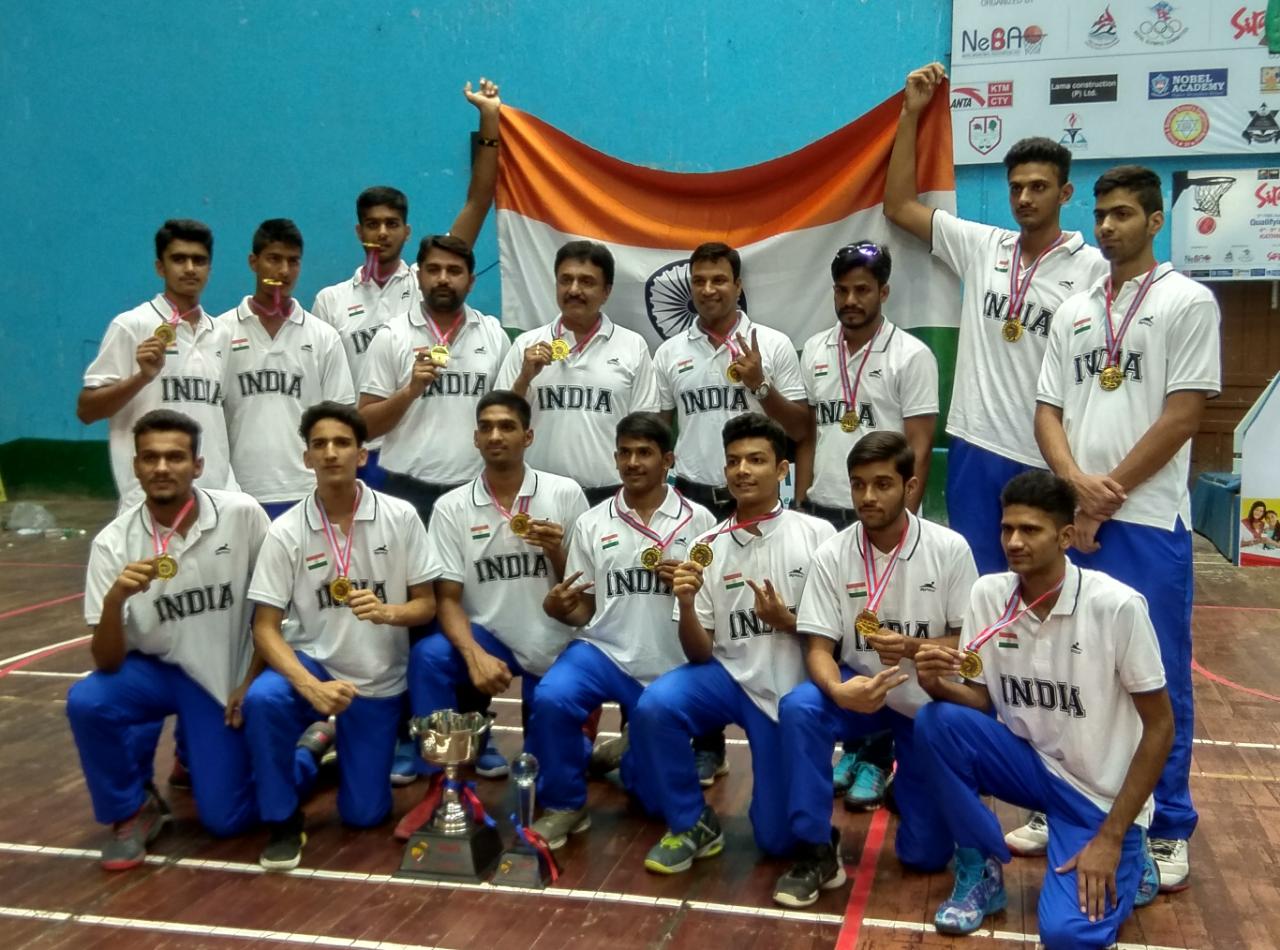 The Indian U16 men’s team has beaten Bhutan 131-50 and is now the SABA U16 Zone Champion. The Championship was held at the Dashrath Rangshala Stadium, Kathmandu. In India’s last game, guard Binod Rajak and Centre Princepal Singh (who is the highest scorer in the Championship) chipped in with 20 points each. Overall, seven Indian players scored in double digits. For his consistent showing, Princepal Singh was named the Most Valuable Player (MVP) of the Championship. Team India was a dominant force throughout the Championship, as they scored more than 100 points on three different occasions and limited their opponents to 50 or lesser points on multiple occasions. The stats speak for itself as India now cruise into the FIBA U16 Asian Championship with ease, which will be held in Malaysia later this year.