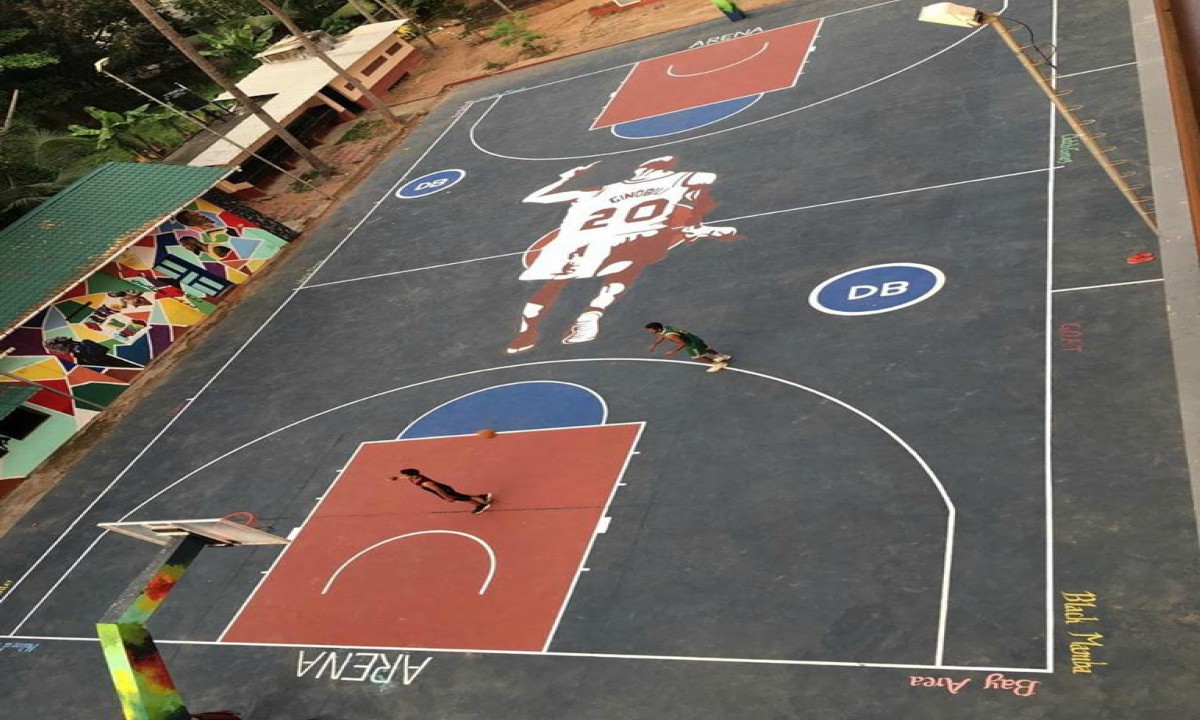 Vennala, Kochi, March 27: From the small southern Indian state of Kerala, a gesture of respect has been paid to Manu Ginobili- four time NBA champion and an iconic player of San Antonio Spurs  who retired from the game in August last year.

The special tribute came in the form of a mural painting of Ginobili in the centre of the basketball court at Don Bosco Cultural Centre, Vennala, situated in the Ernakulam distrct. The mural painting of the NBA legend was completed a few days prior to the Ginobili’s jersey retirement at AT&T centre –which will happen on March 29th.

A basketball court in Buenos Aires, Argentina has already made a mural of the Ginobili as a sign of respect which has inspired the mural painting in Kerala.

Before joining NBA in 2002, the Argentine had a successful professional career in Europe. He received several individual accolades including  Euroleague Finals MVP (2001), Italian Cup MVP (2002) and was twice the Italian league MVP (2001, 02). He was also part of two championships squads in 2001 - Euroleague and Italian League. He has also a two time Olympic medalist (2004 Gold, 2008 Bronze.)

The Don Bosco Cultural Centre’s gesture of tribute is motivation for every aspiring basketball to reach the highest level in basketball.