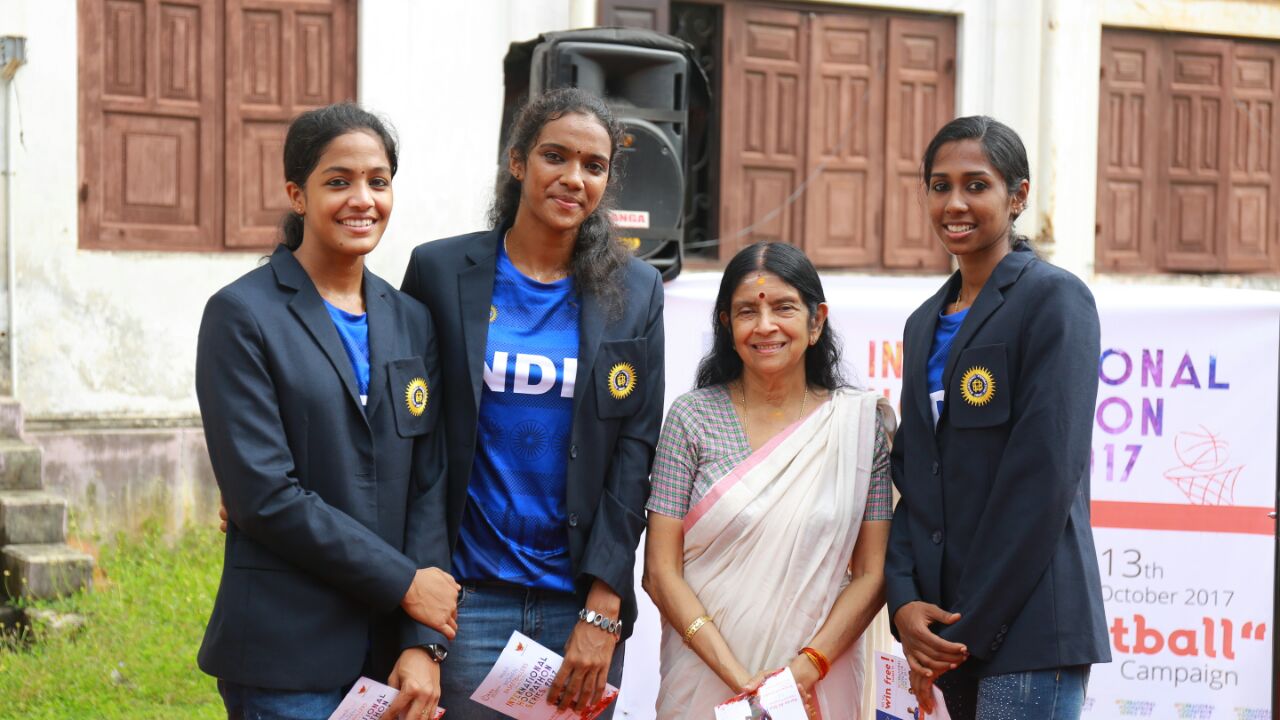 On the occassion of the birthday of late Col GV Raja, the doyen of Kerala sports, a colourful function for launching the campaign " I support Basketball" was organised at the Kowdiar Palace premises, Trivandrum here at 9am on 13th Oct 2017.

Sharing her thoughts on the campaign after joyfully converting the basket , Princess Gowri Lakshmi Bai said " I am so delighted to be part of this campaign and wish all success and am proud to say that I support Basketball".

The "I support Basketball" campaign is part of promoting the International Hoopathon Series 2017 which includes 5 Basketball matches between the current National Champions Kerala All Star team and Australian BigV League Club Ringwood Hawks to be played at 5 cities in Kerala between Nov 5 - 12.

"Its a pleasure to launch this campaign along with the present day pride of Kerala womens Basketball on the ocassion of the Birthday of my grandfather considering his passion for all sports" said Prince Aditya Varma. The President of Team Rebound Mohammed Iqbal also gifted the Basketballs to the Royal family on the occassion.