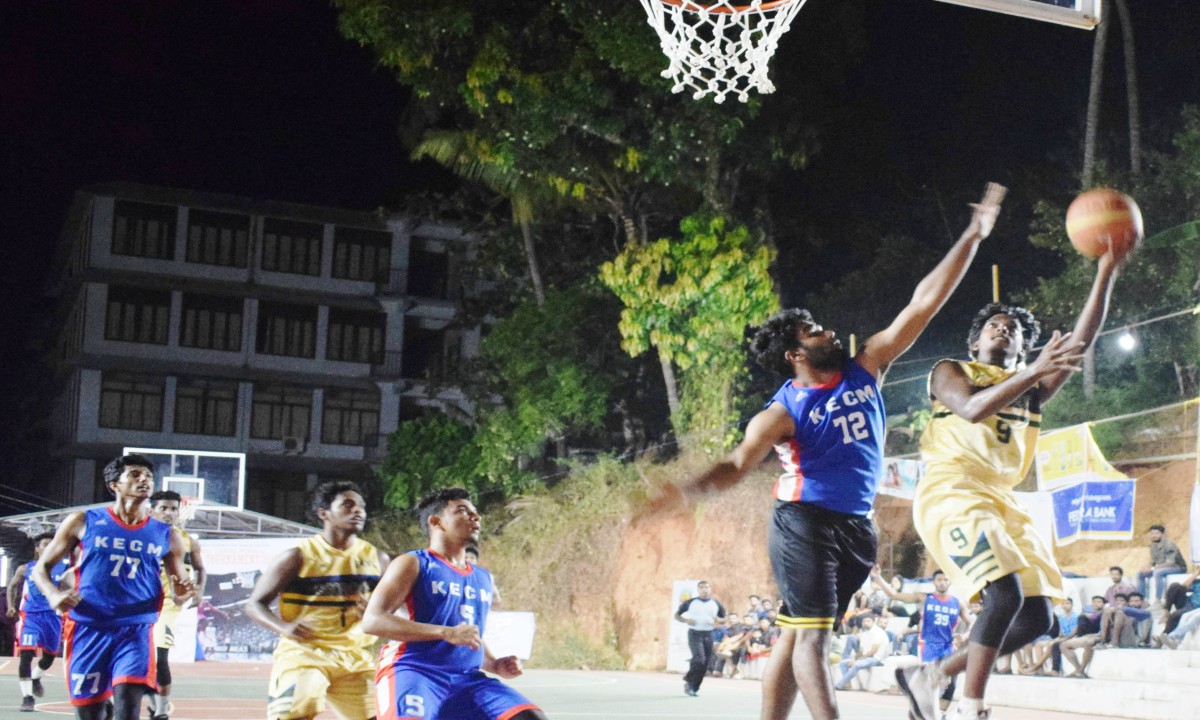 Irinjlakuda,13 April: Indian Bank, Chennai who fielded an array of internationals topped group A and will meet  the winners of KSEB versus Central GST and Customs match for the finals of the  Punelliparampil Johnson Memorial South India Basketball Tournament on Sunday  here at the Christ Engineering College’s flood lit basketball stadium organized by Sports Development Society of Irinjalakuda.

Indian Bank with their second straight win topped group A  as they defeated  KE College, Mannanam  by a  score line of  87-65  to enter the  finals  while Central GST and Customs  defeated   hosts Sports Development Society of Irinjalakuda by a margin of 65-57 and will meet KSEB, Trivandrum in the final league encounter- which will  decide the  team to play final against Indian Bank.

Sanjayan Kumar, IFS, Director Sports and Youth Affairs and Secretary, Kerala  State Sports Council will be the guest of honor on the final  day and will distribute prizes.

For the third position match, Sree Kerala Varma College who defeated KE College 72-57 and placed second in Group B   will take on  the losers from the match between KSEB and Central GST and Customs Kochi.