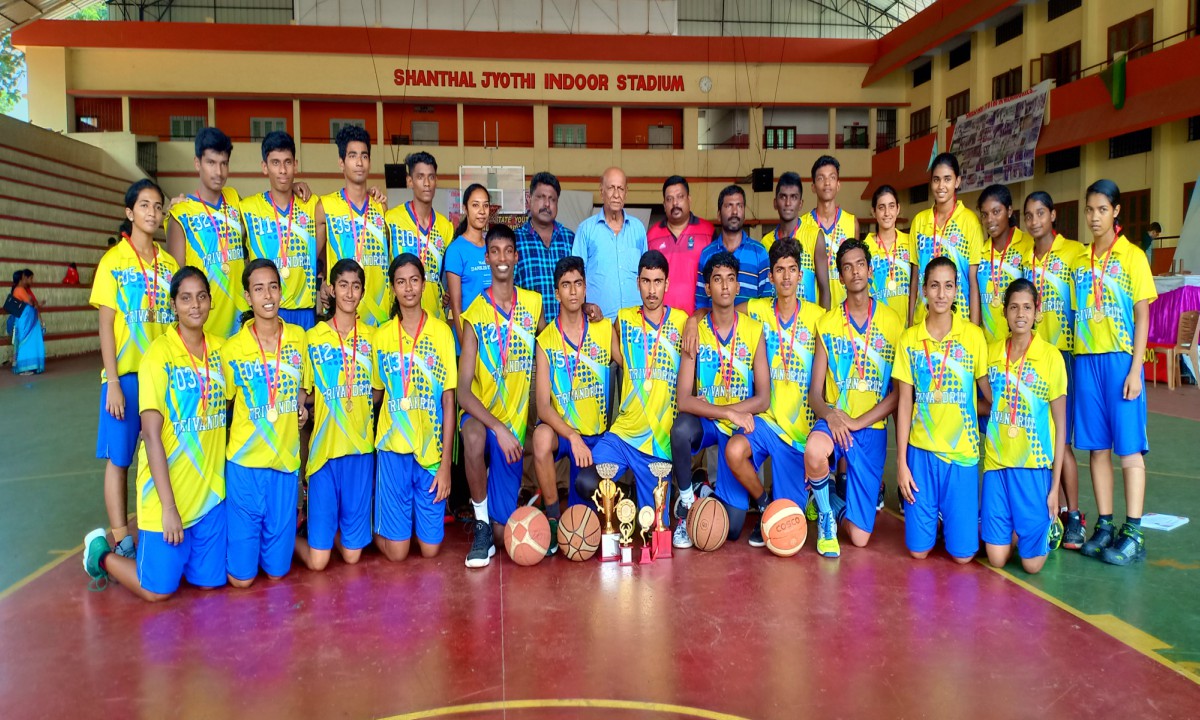 Anchored by NBA academy product Pranav Prince, Thiruvananthapuram district boys team  had no difficulty in beating  Kottayam by a score line of 45-28 while in girls category, defending champions Trivandrum  once gain had the last laugh after a thrilling encounter against Kottayam which ended with a score line 59-56 in the capital district’s favour.

In the boys final, Pranav did the bulk of the scoring for his side as he registered 28 points to his name out of the 45 points.

In girls section,  Thurvanthapuram team even with a good bench strength had to scrape past Kottayam- who had international player Ann Mary Zacharia in their side.

In girls semi final, Thiruvanthapuram beat Kozhikode 48-29  and Kottayam defeated Thissur 68-47 to make it into the finals.