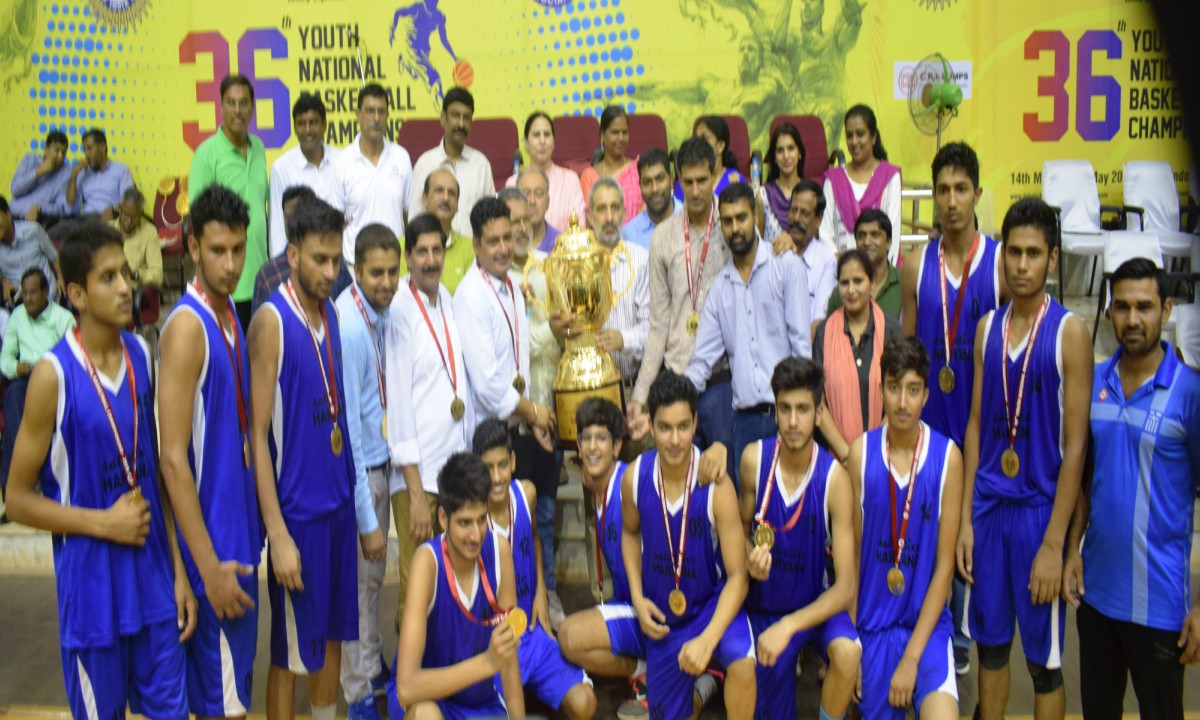 Coimbatore , 21st  May 2019:  Kerala  girls and Punjab boys have been crowned champions of the 36th Youth National Basketball Championship for Boys and Girls here at the Indoor Stadium, PSG Technology.

Kerala and Tamil Nadu- the two undefeated teams from the league phase finally faced off in the summit clash earlier on Monday.

Kerala  girls had the early momentum as they lead by 20-14 in the first quarter . Kerala’s   international player Ann Maria Zacharia  made her intentions clear from the start itself by making big blocks and scoring regularly. Kerala ended up the 1st Half with a 41-27 lead.

The second half saw Tamil Nadu Coach constantly urging his team to play high-pressure defense  knowing that Kerala was fielding  bigger, taller line up. However, the third quarter ended up with Tamil Nadu trailing 46-62 . The last quarter saw Tamil Nadu fighting back with some three pointers but couldn’t surpass Kerala’s lead and ended up with 79-69.

Ann Maria Zacharia top scored with 39 points followed by Aslin Shiju with 14 points. Sathya was the top scorer for Tamil Nadu with 30 points.

Ann Mary Zacharia was named MVP of the Championship, did a great job defensively also as she registered 25 rebounds, and 39 points.

Kerala  gave a good fight against  Haryana in the boys finals as the first two quarters saw both teams exchanging leads frequently. The first two quarters had the score tied up at  17-17 and 19-19  respectively  and the first half score read: 51-51.  Haryana’s Sahil who was adjudged as  the MVP of the championship made the difference between two team as he scored a game high of 39 points  supported by Akshay who scored 17 points . For Kerala Jim Paul and Pranav Prince scored 19 points each.