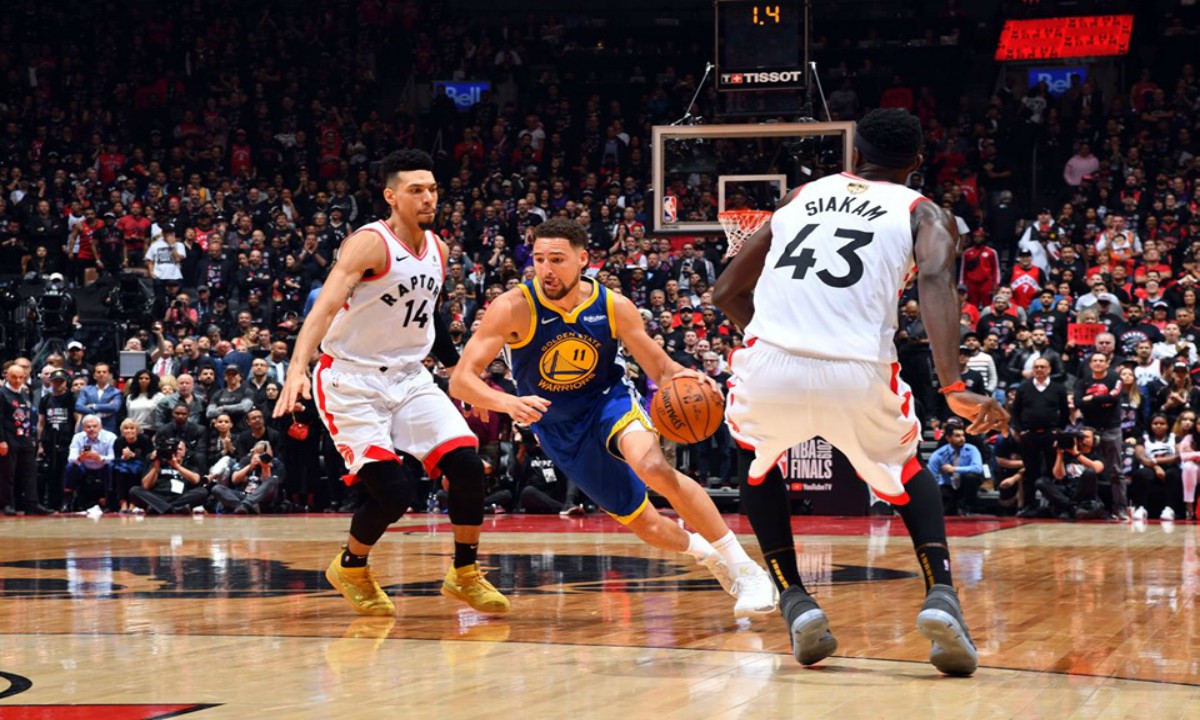 A stellar defensive effort combined with some second half scoring brilliance from athletic Cameroonian forward Pascal Saikam saw the Raptors go 1-0 up in the Championship series.

The Raptors built a double digit, 59-49, lead at halftime and never relinquished it thereafter. Despite two way forward Kawhi Leonard (23 pts) struggling compared to his lofty standards, Saikam (32 pts, 8 reb, 5 ast and 2 blk) and centre Marc Gasol (20 pts, 7 reb and 2 stl) stepped up to the plate.

Backup guard Fred Vanvleet proved to be a pest with his defense on Stephen Curry, while on the offensive end knocked down some tough shots to keep Toronto ahead.

For the Warriors, point guard Stephen Curry battled hard for his 34 points, which included a perfect 14 of 14 from the freethrow line. Meanwhile, backcourt partner Klay Thompson (21 pts) was solid, while versatile forward Draymond Green notched up a triple double.

But their individual performances weren’t nearly good enough as the Raptors did an excellent job of closing out on the perimeter and prevent easy outside looks for one of the best three point shooting teams in league. To make matters worse, seasoned post season performer and 2015 NBA Finals MVP Andre Iguodala appeared to struggle with a leg injury and had to be taken out late in the game.

All said and done, the Warriors no doubt were rusty after a nine day layoff, and missed the scoring prowess of forward Kevin Durant, who has missed his sixth straight playoff game and will not return for Game 2.

But the real story of Game 1 was the play of Saikam who shot a ridiculous 82.4% from the field and proved to be the difference between the two sides.

All the momentum rests now with the Raptors as Game 2 commences on Monday, 3rd June at 5:30 am IST. Thereafter the action shifts to Oracle Arena for Games 3 and 4.