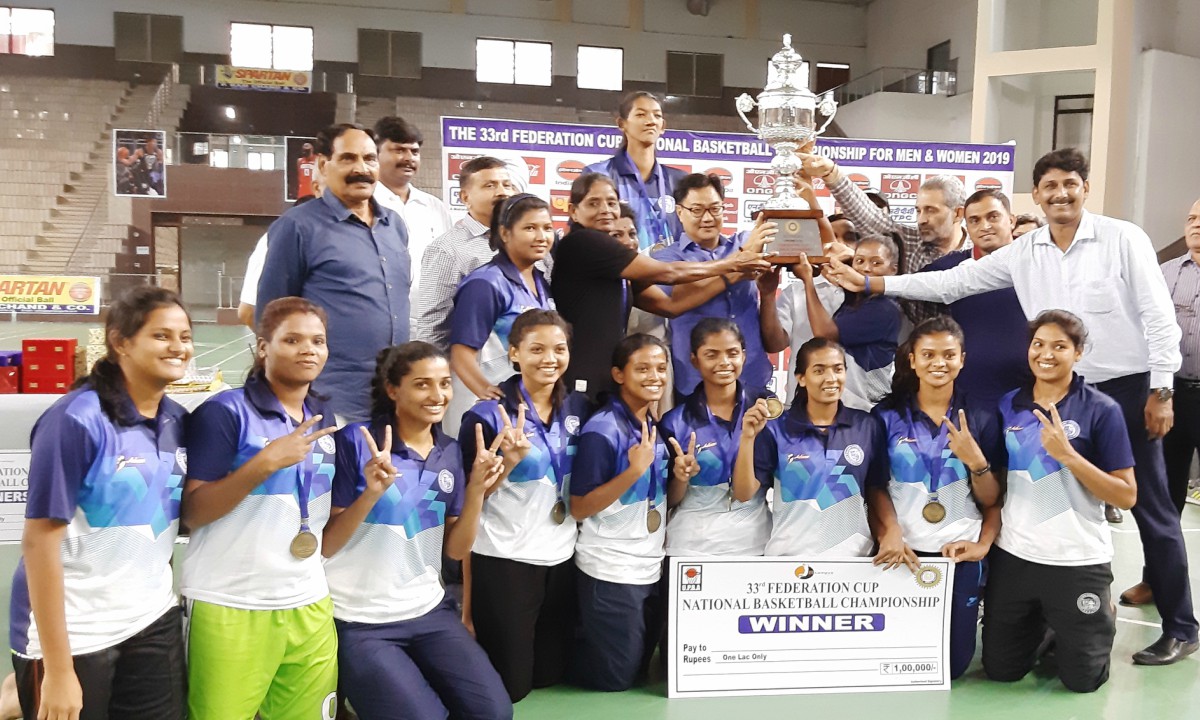 The Punjab Police men  with Amjoth and Amrithpal- two experienced players  in their side   beat Indian Army 91-71   in a well contested final with Arshpreet Singh  leading the way for the Police team with 24 points, followed by Amjoth Singh with 20 points.Sunil was the leading scorer for Indian Army with 18 points .

In the women's final, Eastern Railway  out played Tamil Nadu  and won by a margin of  86-67  to emerge  as the new champions in women’s category.After leading by  29-15 in the first quarter, Eastern Railway slowly lost control over the match and Tamil Nadu  closed down the  gap by the end of  1st half  by making the score 46-42 .The 3rd quarter saw  Eastern Railway  back in the driving seat as they kept scoring regularly. For Eastern  Railway, the tall post players Libina came up  with 28  points followed by 6 ftr Poonam Chathurvedi contributing 26 points , Madhu Kumari 13 pts and Sitthamani Tudu with 12 points.  Dharshin again was the pivotal player for Tamil Nadu as she registered 19 points  4 rebounds and 7 assists in the final match.

For the third and fourth position, Kerala Women faced  Maharashtra Women  on Sunday morning. The Kerala  team got off to a strong start with 24-18  lead at the end of the first quarter and completed the 1st Half with a 52-28 lead . Kerala’s  International Anjana P.G  top scored with 26 points and 12 rebounds , well supported by captain Poojamol KS who scored 16 points and Stephy Nixon scoring 15 points  . Shruthi Aravind  was the lone warrior for Maharashtra with 41 points, 5 rebounds and 2 steals.

The 3rd and 4th place match in men’s category was between Income Tax Chennai  and Shri Guru Gobind College, Chandigarh   . The Income Tax had an comfortable lead of 62—41 by the end of first half itself  . Sivan Balan  top scored for Income Tax  with 34  points while another center player Jeevanathan came up with 17 points and 10 rebounds  For Shri Guru Gobind College, international player Ravi Bhardwaj did the bulk of the scoring with 33 points.

Honourable Minister for Youth affairs and Sports and Minster of States for Minority Affairs   Kiran Rijiju    was the chief guest for the valedictory  function  and distributed the prizes and cash awards to the players.

Individual players were also awarded in the following two categories:

The detailed results of the 3rd and 4th place: