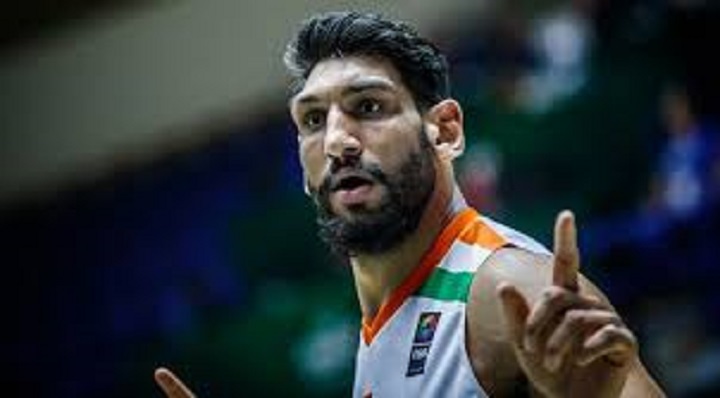 Newfoundland, Canada: As the night skies across India lit up in celebration of Diwali, center Satnam Singh Bhamara landed in Canada to join the St John’s Edge team in the National Basketball League (NBL).

Outside of USA, Canada boasts of one of the fastest rising men’s national basketball programmes in the world. The Canadian men’s U19 team had made history last year when it beat USA in the semifinals of the 2017 FIBA U19 World Cup.

Not so coincidentally, Canada has a large Indian origin population, especially from Punjab, which is the home state of Bhamara.

About Satnam Singh Satnam Singh is a 7ft 2’’ center born on 10th December 1995. A product of the famed Ludhiana Basketball Academy, he was noticed at age 14 by then NBA India Director of Operations Troy Justice. Thereafter Singh, along with seven other talented young boys and girls, received a scholarship to study and train at the IMG Academy in Florida.

After completing his high school from IMG Academy, in 2015, Bhamara was drafted into the NBA G-League by the Texas Legends, the minor league affiliate of the Dallas Mavericks. In the process, Bhamara became the first Indian born player to be drafted in the NBA. The still raw and slow footed Bhamara averaged only a few minutes of playing time over his two seasons with the Legends.

In 2017, Bhamara returned to India, and rejoined the national team. With starting center Amritpal Singh unavailable due to his own professional commitments and injury, Bhamara got substantial minutes during the FIBA World Cup Asian Qualifiers. A crowd favourite, Bhamara showed flashes of his potential with powerful in-game dunks, surprising handles, a fairly accurate midrange jumpshot and good passing in the paint.

At 22, Bhamara is still young and it will be interesting to see how the experience of competing in the Canadian National Basketball League shapes him for the future. Another distinct advantage of playing in the Canadian league is that it greatly increases his visibility to scouts in neighbouring leagues, especially the NBA.