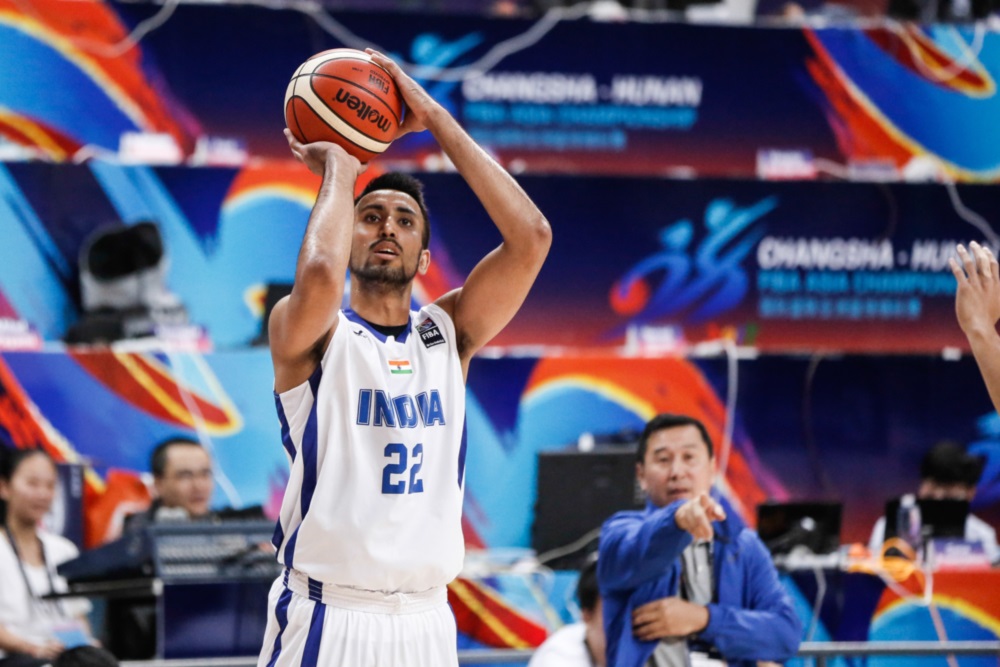 Oklahoma City, 15th December 2018: It’s been a rocky last few months for Amjyot Singh Gill. After being controversially suspended for a year by the Basketball Federation of India (allegedly for infighting during the Commonwealth Games), Singh now finds himself cut yet again by his NBA G-League team Oklahoma City Blue.

The stretch four had modified his game over the 2017-18 NBA G League season to become a reliable spot up shooter from deep. Once the season ended, in what seemed to be a very promising sign, Amjyot’s player rights were retained by OKC Blue, giving us cause for hope.

Amjyot joined the pre-season training camp in October, but it appears that he didn’t impress enough to secure a second season with the franchise.

However, Singh’s name later appeared in the roster and he played a few games before seemingly being cut again (as of today, his name is again off the roster).

It remains to be seen what Amjyot’s future plans will be- whether he will stay on in Oklahoma City to train, join another league abroad or return to India.

Nicknamed the ‘Sultan of Swat’ Amjyot Singh Gill is a 6ft 8’’ forward with the skills of a guard. First making his mark in the Indian national team, the Chandigarh native became one of the leading players in Asia. Thereafter, Amjyot played professionally in Japan and also took part in the 3x3 competition circuit. Amjyot excelled in the 3x3 format as well and at one point was ranked as the #1 3x3 player in Asia-Oceania, with his team Hamamatsu finishing runners up in the 2016 FIBA 3x3 World Tour Finals. The 26-year-old then got drafted with the OKC Blue in the NBA G League. In the 2017-18 season, Amjyot played 30 games, averaging 2.7 points and 1 rebound in 8.3 minutes per game.