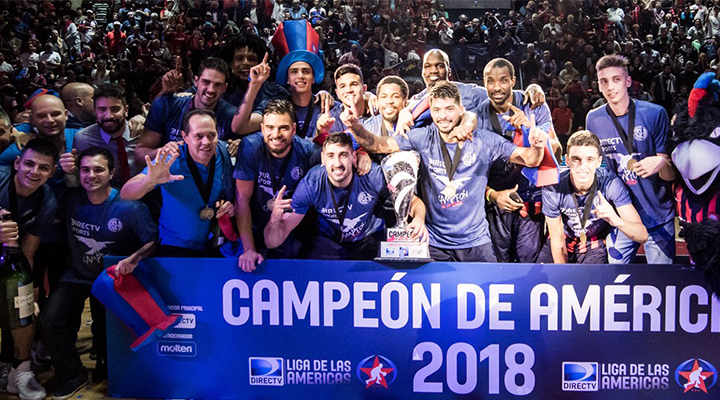 The club competition of the American continent will begin January 18 in a Group A that will have Paulistano from Brazil receiving the visit of the Argentine club Atenas de Córdoba, the Uruguayan champion Malvin and the Colombian champion Titanes de Barranquilla.

Group B will be held from January 25-27 at the Juan de la Barrera Gymnasium in Mexico City, where the Capitanes will receive compatriot team Soles de Mexicali, the champion of the Copa Centroamericana de Clubes Real Estelí of Nicaragua and recently crowned champion of the DIRECTV Liga Sudamericana 2018, the Brazilian club Franca.

The groups were confirmed as follows:

"We are very pleased to announce the hosts of the DIRECTV Liga de las Americas 2019 Group Phase, which will have the participation of 16 teams, of which there are 11 champions representing 10 countries, including historic clubs of our continent. We thank all the clubs that expressed their interest to host and the four host clubs that we trust will provide a high-level show to their fans," said the FIBA Americas President Mr. Usie Richards.

In the Group Phase, the teams were divided into four (4) groups of four (4) teams each, that will play in round robin format for three (3) days. The best two (2) teams from each group will advance to the Semi-Final Phase.

In the Semi-Final Phase, the eight (8) teams will be divided into two (2) groups of four (4) to play in round robin format. The top two teams from each group will advance to the Final Four, where the champion of the competition will be determined.

San Lorenzo de Almagro of Argentina is the defending champion of the DIRECTV Liga de las Americas, after winning the continental league as host in Boedo, Argentina.