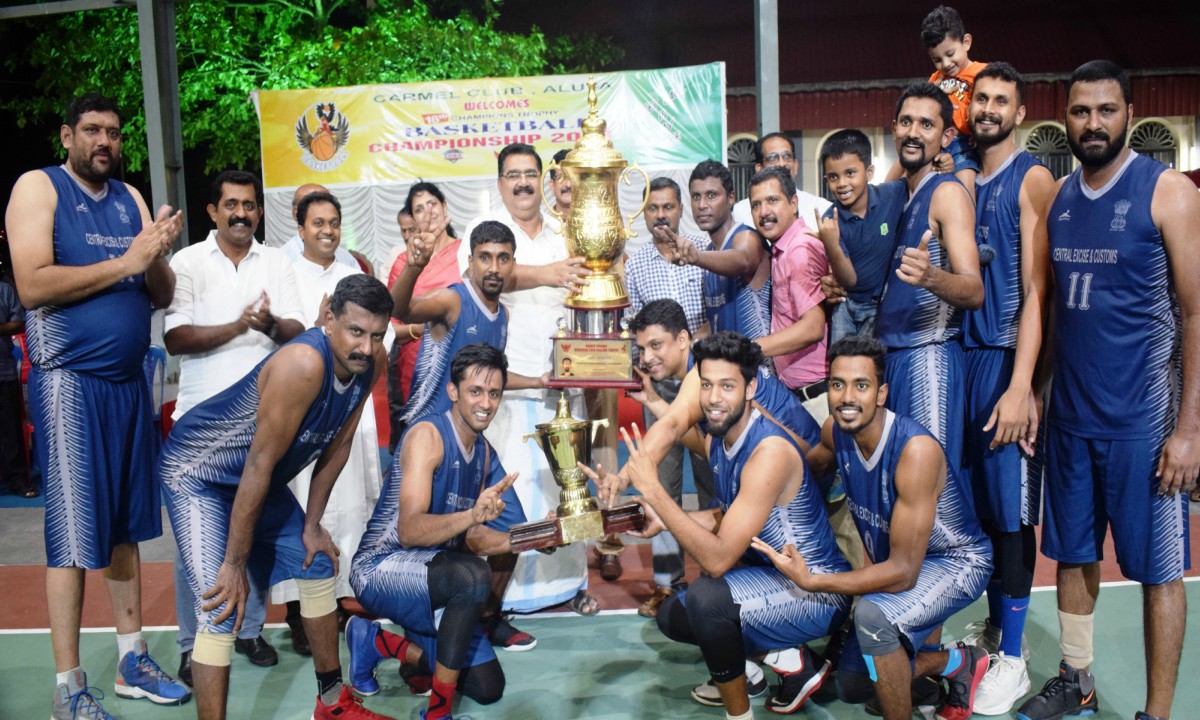 In an evenly poised final, a new-look  KSEB who were without  their international players Jeena PS , Stephy Nixon and Grima  came on to beat Kerala Police 41-39 after trailing 24-28 in the interval  with Anjanna PG anchoring the scoring with 16 points .  Poojamol was the leading scorer for Kerala Police with 12 points.

In Men’s Final, seasoned players of Customs used their experience and professionalism to beat the talented young bunch of players from Sree Kerala Varma College by a margin of  80-64 .

Customs who played a collective game in the finals led 36-29 at the interval. Shinumon Augustine led the scoring chart with 32 points who linked up well with Manoj R- who contributed 23 points. The speedy international Basil Philip scored 17 points while lanky Eudric Perera controlled the rebounds, and captain Abhilsh assisted his team with vital passes and interceptions.  Monish Wilson made his presence felt whenever he was subbed.

The prizes and mementoes were distributed by Geethu Anna Rahul for women and  GCDA chairman  V Salim presented honors for Men’s section.