Jeena invited to play professionally in Australia with the Ringwood Hawks 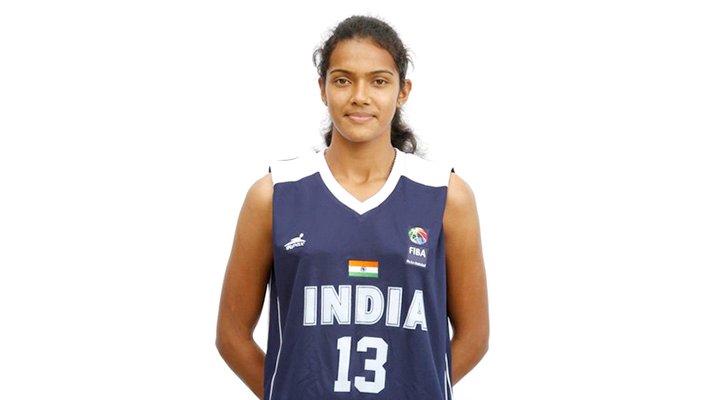 Thiruvananthapuram, 7th November 2018: One of Indian basketball’s most consistent performers over the last decade, forward Jeena Scaria PS has been invited to join the Ringwood Hawks, a club in the Victoria State Basketball League ('Big V' Basketball League) in Australia. Jeena Scaria received the invitation letter in October and is scheduled to join the team in January 2019.

It is important to mention here that the Hawks had toured Kerala in November 2017 for a series of exhibition games. No doubt, they were left impressed with Jeena's talent.

Domestically, Jeena is a member of the Kerala senior team and the Kerala State Electricity Board club team in Thiruvananthapuram. She has led the side to some historic triumphs at the National Championships and the National Games, making the Kerala state team one of the most powerful women’s sides in the nation in recent years. Last year, Jeena was a key member of the Indian team that got promoted from Division B to Division A at the FIBA Women’s Asia Cup.

Jeena is clearly following in the footsteps of her statemate and now retired legend Geethu Anna Rahul. Arjuna Awardee Geethu had been the first Indian woman to have played professionally in the Australian basketball league for the Ridgewood Hawks. Geethu’s impressive performances down under from 2006 to 2008 led to her being offered a spot in Team Dandenong in the Women’s National Basketball League (NBL), Australia’s elite professional league, an offer she couldn’t accept due to personal reasons.

It’ll be interesting to see if Jeena can go one step ahead of her role model Geethu, and actually compete in the NBL.

But as things stand today, Jeena is the only Indian apart from Satnam Singh to currently have a professional playing offer in a foreign league. This is a huge achievement for Jeena and is sure to inspire other Indian women ballers to also aim for professional opportunities, in addition to representing the country.