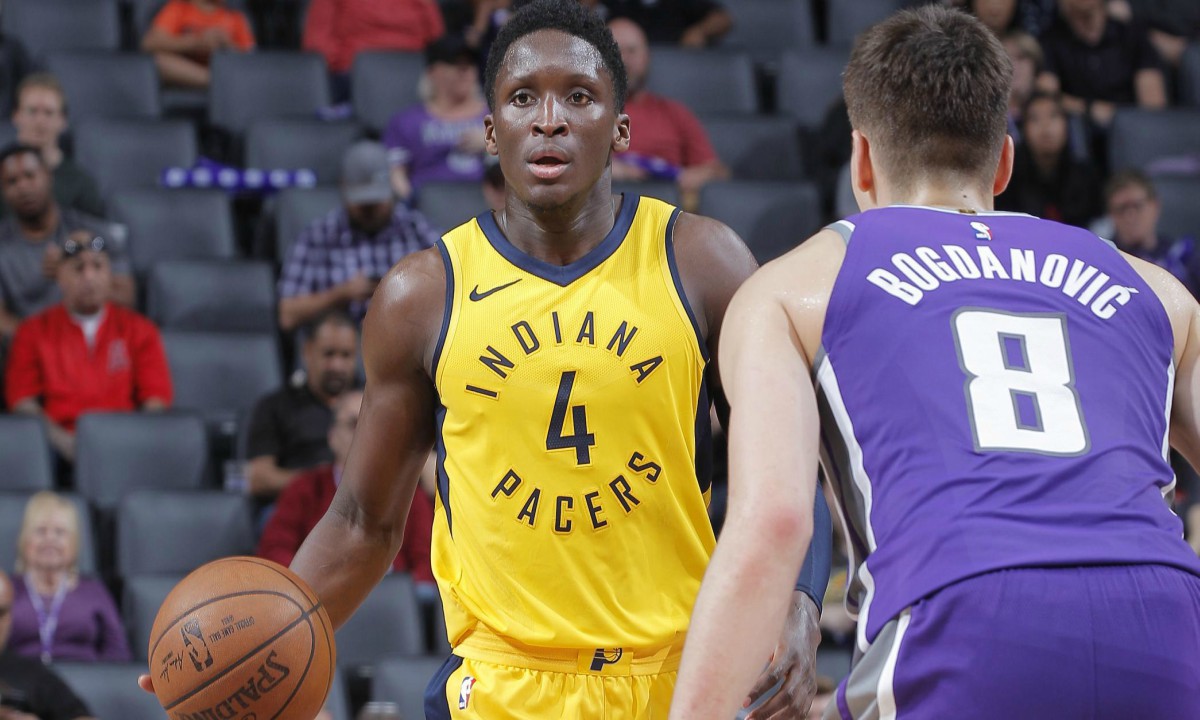 MUMBAI AND NEW YORK -- The National Basketball Association (NBA) confirmed that the Indiana Pacers and Sacramento Kings will play in two preseason games in Mumbai in 2019, marking the first games the NBA has played in India and the first games staged in the country by a North American sports league.  The NBA India Games 2019 will take place Friday, Oct. 4 and Saturday, Oct. 5 at the NSCI Dome.  The announcement was made by NBA Deputy Commissioner Mark Tatum and NBA India Managing Director Yannick Colaco in Mumbai on December 20th.

“Our inaugural NBA India Games will help further untap the enormous basketball potential in a country with a thriving sports culture and a growing, young and engaged population.  We thank the Kings and Pacers organizations for participating in this historic event,” said Adam Silver, NBA Commissioner.

Tickets to the games will go on sale at a later date.  Fans can visit nbaevents.com/indiagames to register interest for information and tickets.

In addition to the games, the league and its partners will conduct interactive fan activities, Jr. NBA youth basketball programming and NBA Cares community outreach events that will bring the NBA experience to fans in Mumbai.  The NBA India Games 2019 will be promoted by BookMyShow and AEG and supported by a roster of marketing and merchandising partners.  The games will air live in India, and will reach fans in more than 200 countries and territories on television, digital and social media.

The Kings, under the leadership of the NBA’s first Indian-born majority owner and Mumbai-native Vivek Ranadivé, currently features 2018 No. 2 overall draft pick Marvin Bagley III, 2017 No. 5 overall draft pick De’Aaron Fox and 2016 No. 6 overall draft pick Buddy Hield (Bahamas).  “The Sacramento Kings are proud to be playing in the first NBA games ever held in India. As an Indian-American, it is an honor to help bring this historic moment to the country where I was raised. The sport is experiencing tremendous growth in India and we are excited about continuing to expand the NBA’s reach to fans across the globe. The world wants to watch basketball and India is a fast-growing new frontier," said Sacramento Kings Owner and Chairman Vivek Ranadivé.

The Pacers’ roster currently features 2018 NBA All-Star Victor Oladipo, 2016 NBA All-Rookie second team member Myles Turner and 2016 No. 11 overall draft pick Domantas Sabonis (Lithuania).  “We are thrilled to be one of the first two teams to play the first-ever game in India and proud to be part of the expanding NBA worldwide footprint of our game of basketball,” said Indiana Pacers Owner Herbert Simon.

More than 350 live NBA games are available each season on SONY TEN 1, SONY TEN 3 and SONY ESPN, including 78 games with Hindi commentary.  The 2018-19 season also includes five consecutive Sunday games from March 10 to April 7 that will air in primetime in India, marking the second straight year that five games will be televised in primetime.

Since 2006, more than 35 current and former NBA and WNBA players have visited India on behalf of the NBA.  The NBA office in Mumbai opened in 2011.

The NBA Academy India, an elite basketball training center in Delhi National Capital Region (NCR) for the top male and female prospects from throughout India and the first of its kind in the country, officially opened in May 2017 and builds on the NBA’s existing basketball and youth development initiatives in India, including The Reliance Foundation Jr. NBA program that has reached more than 10 million youth from 10,000 schools and trained more than 10,000 physical education instructors nationwide since its launch in 2013.