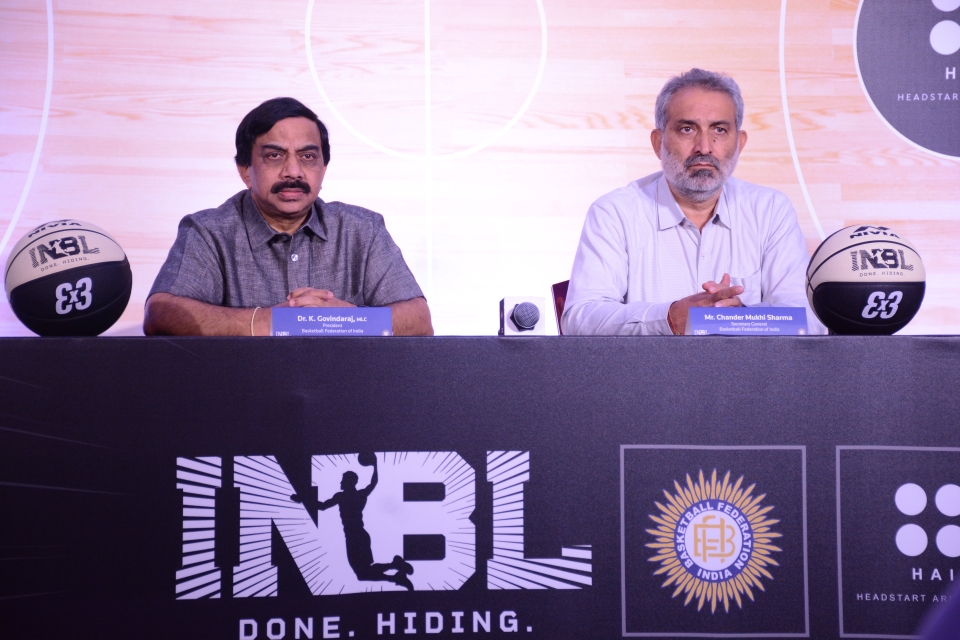 The Basketball Federation of India on Thursday announced the Indian National Basketball League, a mega project aiming to take the sport of basketball to the higher level in all the aspects of the sport.

“The INBL is not just a league of games,” said Dr. K Govindaraj, MLC the president of the BFI.

“It is true that millions of basketball fans have dreamt of a National League in India for a long time. And we deliver that for sure for both men and women,” he said.

“But our aim is not only having a high quality basketball league, but taking every other aspect of the sport including laying a strong and sustainable process for development at the grassroots level,” he said.

“We have appointed Headstart Arena India to execute the plans as per the vision of the BFI Executive Council,” he said.

“The team that will execute this plan consists of committed professionals with very long and rich international experience in organisations like the NBL of Australia and FIBA.

“In short, the ultimate aim of the BFI is for the Indian National Teams to be ready to play at the 2024 Olympic and the 2027 FIBA Basketball World Cup and the 2030 FIBA Women’s Basketball Cup. And I do believe we are on the right track.”

“The INBL will involve a three-prong approach,” he said.

“First, and right on top, will be the high quality league in the regular format, which will supplement strengthening the National team. And then we have the pan-India city-based FIBA3x3 competitions in at least 30 cities along with a 10-city FIBA3x3 weekend mega festivals, which will increase the participation and bring in new talent.

“Finally, we’ll have the Hoops foundation that will focus on uplifting the face of the sport at the grassroots level.”

Mr. Chander Mukhi Sharma, Secretary General of the BFI said: “To put it straight and simple: the success of the National Teams is the ultimate index of the success of a sport in the country. A strong competition structure like a high quality league is certainly an integral part of this process. But it doesn’t remain confined to that.

“The INBL as a concept aims to give a competitive game to thousands of players every second weekend. Be it the 3x3 format, where we do believe we have a very strong opportunity to qualify for the Olympics in 2024 or the regular format where as things stand we should aim to qualify for the 2027 FIBA Basketball World Cup and 2030 FIBA Women’s Basketball Cup. “And that is exactly what we are aiming to achieve with the INBL.”

The FIBA 3x3 project is already underway with the BFI-INBL 3x3 Bengaluru Open scheduled to be played as a pilot project for the pan-India city-based 3x3 competitions.

Competition will feature 24 teams each in two categories – men and women – with Preliminary Rounds tipping off at 10 am on Friday.

The Finals are scheduled for the afternoon of Saturday as a part of the multi-faceted Launch Ceremony at the Sree Kanteerava Stadium. The morning of the Launch Ceremony also features a basketball festival involving various fun activities starting at 2 pm.